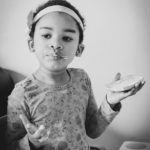 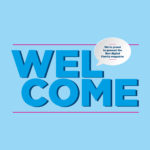 “I got coronavirus for Christmas”

Comedian and doctor Riaad Moosa on the funny side of life under lockdown.

“My father always said, ‘You can be anything you want, after you become an orthopaedic surgeon. So, you know, no pressure…”’

Riaad Moosa didn’t always want to tell jokes for a living. In fact, he wanted to be a magician. But after becoming a silver medallion graduate of the College of Magic in Cape Town while still at school, he followed in his parents’ footsteps and enrolled at University of Cape Town Medical School.

“My mother is a GP, and my dad is a super-specialist hand surgeon, and since I was a child, I’d always imagined myself practising medicine. It was only in my fourth year of studying medicine that I was exposed to stand-up comedy for the first time, and it changed everything.”

Moosa began his stand-up career on campus, and quickly graduated to the Cape Comedy Collective’s Comedy Lab workshops. Not long after, he was on the global stage.

“This was soon after apartheid ended, and all kinds of diverse voices started to make themselves heard. I was one of them. At that time, perceptions around Islam were changing, and I would try to break down some common stereotypes about Muslims through humour.”

SA Film and Television Awards (SAFTAs) followed, as well as a string of Netflix specials. What happened next? His source of income disappeared.

When the COVID-19 outbreak was declared a pandemic in March 2020, gatherings were prohibited; stand-up comedy as we knew it became a thing of the past, overnight. What was that like?

“People were saying to me, ‘you’re a trained doctor, you’ll be fine’. But I hadn’t practised medicine in 20 years. There was no use in looking back. I had to look to the future, find a new way forward. I had to adapt. We all did.”

At first, virtual comedy shows made him feel like a fool, Moosa says. “Imagine swimming in an empty pool. You have the best goggles, flippers, the best boardshorts. But there’s no water.”

Telling jokes to a screen is an alienating experience. “I was used to being on stage, the centre of attention, in front of a crowd. I’d say something and have laughter reverberating through me; I’d be able to feed off it. Now, I perform for the comments section. People type ‘LOL’. And I’m wondering, are they actually laughing?”

In many ways, Moosa’s experience reflects our shared reality. Self-isolation from family, friends and crowds in public spaces is a new normal to which we’ve gradually become accustomed, for the greater good. And the process of becoming more adaptable to change is a challenge.

“Laughter is a social behaviour. You might think the laughs you get are directly linked to the humour itself, but that’s not the case. Science shows we’re more inclined to laugh when surrounded by others, especially if we know and like those people.”

Laughter is contagious. Unfortunately, so is the SARS-CoV-2 virus. In response, Moosa founded a new form of comedy club. The idea behind The Best Medicine Comedy Club: a loose collaborative group of like-minded comics presenting shows online. The aim is to create opportunities that help people – both comics and viewers – heal through humour.

“Dealing with change is a virtue but that doesn’t mean it’s easy. This pandemic has disrupted social behaviours that were developed over centuries. The act of shaking someone’s hand, for example, was always considered good manners. It’s something you learn as a small child. Now, it could be dangerous.”

The effects of an almost two-year-long global pandemic are still being measured. Frequent surges in the numbers of positive cases, together with sudden restrictions brought about by the national lockdown in order to fight the spread of the disease, can take a toll.

Change is stressful, Moosa says, and laughter can help.

“When the pandemic hit South Africa a lot of us had to reimagine and renegotiate what we thought we knew. And for me it came down to a simple question: Why comedy? Why do I feel driven to make people laugh? Does it matter?”

As it turns out, comedy may be more important than ever – for your health. Laughter has proven, beneficial effects on your physical wellbeing; enhancing your oxygen intake, stimulating your heart, lungs and muscles, and increasing endorphins released by your brain.

It’s also a simple remedy for stress, helping to soothe tension by regulating your heart rate and blood pressure, while stimulating circulation and aiding in muscle relaxation.

In times like these, as we fight together against the spread of a new disease, positivity matters.

“I think the pandemic made a lot of people panic. At times the world feels chaotic. But this is the perfect time to really reflect on what matters to you. Sometimes in life you have to adapt, and sometimes you have to fight. And sometimes, maybe more often than you may think, you have to laugh.”

Moosa had to do a little of all three when his entire family was diagnosed with COVID-19 during the second surge, while on holiday. Although he escaped a severe case, his wife developed pneumonia and most of their extended family became seriously ill.

“It’s a disease that affects everyone differently and can be very unpredictable,” he says. “Under the lockdown, in each other’s space all the time – then [being] sick as well; it can be stressful and cause conflict.”

So, how did he cope? Through comedy. If laughter is the best medicine during troubled times, well, healing starts at home. Moosa has reimagined his home and family life around constructive, positive routines, bringing varying personalities together within an upbeat environment. The aim: to have some fun.

“I had to reframe my purpose around this question of ‘Why?’ And I realised that my whole career in comedy, and even before that, with medicine and magic, has been about spreading positivity. Being positive and helping people to feel more positive. Feeling better about who we are, where we’re going and what’s going on around us – together.”

Stable. Positive. Adaptable. Confident. By clarifying his intention and finding new avenues to bring his vision to life, Moosa has regained something he thought he’d lost in March last year: relevance.

“Life is about learning. Most people hate the idea of major change. But change can be good if we see it as a challenge to evolve and be better. During this pandemic I’ve had to ask myself some hard questions. What can this teach me about myself? How can it help me get to know my family better? Is it possible to progress in my career in these times? These are good things to think about. They are the kinds of questions that lead to new ideas and a new and better future. This is how we get to real, positive, lasting change.”

Part of that positive change, says Moosa, is the Department of Health’s national rollout of COVID-19 vaccines, designed to limit the spread of the SARS-CoV-2 virus and reduce the prevalence of severe cases of coronavirus disease.

“Many of my doctor colleagues on the frontline are under a lot of strain in hospitals,” he says, and data shows these vaccines have been immensely effective already in helping to relieve the burden on staff wellbeing and precious resources. “The vaccine definitely decreases hospitalisations and deaths. The people in ICU are generally those who haven’t been vaccinated – and people who have been vaccinated generally have a milder version of the disease if they get it.”

Be part of the solution. To help the National Department of Health in its countrywide rollout of the COVID-19 vaccine, Mediclinic is operating more than 30 COVID-19 vaccination centres across South Africa, providing access for any eligible member of the public who still needs to be vaccinated.

Getting your vaccine has now become easier, with the launch of the Mediclinic Vaccination Booking portal – allowing direct access to booking at any of these facilities. For more information on how to register, click here.

A world opens up: the Gift of Hearing