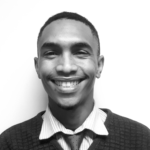 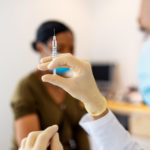 It was the best wave of Stefan Dreyer’s life. And it almost killed him.

“It’s the only wave of its kind in the world. Imagine a perfect break that stretches for 2km – there’s nothing else like it. So, whenever there’s a big swell on the way, people fly in from all over the world to surf it. And they can’t believe the quality and power of it.”

Skeleton Bay, on the outskirts of Walvis Bay in Namibia, was only discovered as a surf break in 2008, but already it has a reputation. The world-famous Supertubes, in Jeffrey’s Bay, has long been known for its ability to conjure clean, seemingly never-ending barrels that go on forever. But Skeleton Bay in fact offers a far longer ride, at around 8-10 times the distance.

It’s also a lot more powerful, faster, and harder. For surfers and bodyboarders like Stefan Dreyer, this is a bucket-list wave.

“The moment I heard the swell was coming in, I booked a ticket,” he says. “This was in 2017. I stayed in a hostel with a whole bunch of guys I was meeting for the first time; from Australia and Hawaii, all over. We headed out in the morning together, but in the water, with the mist and rip currents, it can feel like you’re totally on your own.”

Skeleton Bay, also referred to as Donkey Bay, is what’s known as a heavy wave: with a thick lip, and a lot of water behind it, it lands in water that in some spots isn’t even knee-deep.

About 40 minutes into his session, on the last day of his trip, Stefan paddled into what looked like a typically clean, fast wave. He felt something hit his head, hard. The rest is a blur.

Stefan got lucky, says his physician, Dr Marius Wasserfall, at Mediclinic Panorama. “When we looked at X-rays and MRIs of his injuries, we could see he came very close to an injury that could have left him paralysed, unable to breathe, walk or talk on his own,” he explains.

The wave flipped Stefan so far and so hard that he hyperextended his neck. “At the time I didn’t know what was happening, but looking back, we’ve managed to piece together some of the details,” he says. “My head hit the sand, and the wave pushed my body over my neck – almost in a scorpion shape.”

The result, says Dr Wasserfall, is an array of fractures in the neck and skull, and a combination of spinal cord contusion and spinal shock. “His spinal cord was bruised, but not severed, to put it simply, and this led to some significant neurological fallout.”

In the water, Stefan was confused. “I opened my eyes and realised I couldn’t move my hands, couldn’t turn my neck. Nothing was working.” Floating upside down, he was minutes away from drowning.

From nowhere, a hand grabbed Stefan’s arm. A surfer from Hawaii, having opted against catching that same wave, had seen Stefan roll over his neck, and quickly paddled over.

Stefan couldn’t have been more fortunate if he tried. Eli Olson, a professional surfer who holds a black belt in jiu-jitsu, was on his way back from a competition in South Africa. He’s also an expert on what to do when someone injures their neck in the water.

While conscious, all Stefan could say was, “my neck”. Eli immediately put Stefan in a C-spine immobilisation grip. Often used by medics on the rugby field when players are suspected of suffering traumatic injuries to the neck and spine, this technique involves clamping a person’s neck in place to prevent further movement, in case the spine has shifted or been damaged after being twisted, compressed or hyperextended.

Adding to the challenge was that in among the rolling waves, his spinal cord was at risk of being severed by a further impact. Eli called on other nearby surfers to help by holding Stefan’s legs in place. They then lowered Stefan into the water to dive under incoming waves, while moving towards the beach.

Fighting the current, it took Stefan’s team of rescuers about 15 minutes to reach the beach.

What happened next is crucial, says Dr Wasserfall. “They managed to pack some beach sand around Stefan’s neck and lay his body flat and straight. This was crucial. When managing neck and spine injuries on the scene, the key is always immobilisation. Any movement could have lasting effects; it could cause permanent paralysis. It could even be fatal.”

Stefan, who had travelled to Namibia on his own, was away from family. The strangers he’d met while there, many of whom have become close friends, managed to get him safely to Welwitschia Hospital in Walvis Bay, and thereafter, on an emergency airlift to Mediclinic Panorama, Western Cape, South Africa.

Dr Wasserfall, who received Stefan on arrival and is a friend of the Dreyer family, says the bodyboarder showed signs of spinal shock, where an injury to the spinal cord results in temporary loss or depression of all or most spinal reflex activity below the level of the injury.

The vertebrae that were injured are essential to protecting key parts of the spinal cord, says Dr Wasserfall. “He had fractured three of his vertebrae and suffered significant bruising of his spinal cord. The vertebrae had been fractured, but they were holding. And because the cord hadn’t been transected, he didn’t need surgery. But if those fractures were even a little worse, and the safety of the cord had been compromised by further movement or impact, he would have suffered lasting nerve damage and lost his ability to control his diaphragm, or arms, or bladder – forever.”

This is commonly known as “man in a barrel”, a neurologic syndrome characterised by weakness in the bilateral upper extremities with preserved strength in the face, neck and bilateral lower extremities.

“Stefan could grip my hand, but not shake it,” says Dr Wasserfall. “You can move your hands, but not bend your elbows, push off from your shoulders, or lift yourself up off the bed. But if his spinal cord had been injured, not just bruised, that would have been very different – patients with that kind of clinical picture usually spend the rest of their lives in a wheelchair.”

Stefan remembers the week he spent in hospital fondly. One member of the cleaning staff team went out of her way to cheer him on during his recovery and physiotherapy treatments, and Dr Wasserfall, whose children go to the same school as Stefan’s daughters, guided the family through the process quietly and calmly.

Another thing Stefan recalls is fellow surfers debating various means of getting him out of the water safely. “Some of them were saying to put me in the recovery position. If it were me, I might have lifted the person onto a surfboard, to lie flat. If either of those things had happened, the waves could have severed my spinal cord, and I wouldn’t be here today.”

Four years later, Stefan, now 40, has not yet travelled back to Skeleton Bay. “Remember, I have young daughters,” he laughs. “There’s a lot to lose. But I love the ocean. I do some fishing now, some stand-up paddleboarding. I can’t stay away from the sea for long.”

The COVID-19 vaccine: myths versus facts